AC Milan forward Zlatan Ibrahimovic is training with Hammarby, who he part-owns, after returning home to Sweden during the coronavirus pandemic.

Ibrahimovic announced he had become part-owner of Hammarby in November, after ending his two-year stint in the United States with LA Galaxy.

In January, he agreed to return to AC Milan on a six-month contract but, with Serie A suspended until April 13 due to the coronavirus crisis, he is back in Sweden and training with Hammarby.

“But there is no major drama in this, he simply wants to keep going and asked if he could train with us. It is so much fun that he wants to train with us.”

After taking a fortnight off because of the coronavirus outbreak, Hammarby returned to training this week and have been holding voluntary sessions for players who want to train in a group. This included players from IK Frej, another club.

On Monday, Hammarby will restart training as a group, with the club’s manager Jesper Jansson extending the invitation to Ibrahimovic to continue training with them. 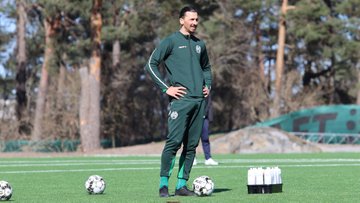 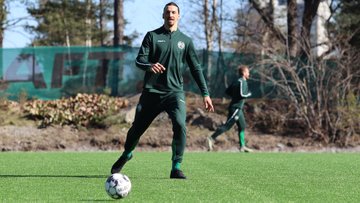 115 people are talking about this

Ibrahimovic’s decision to become part owner of Hammarby upset supporters at former club Malmo. A statue of the ex-Sweden forward outside Malmo’s stadium was vandalised on numerous occasions.

The statue’s nose was sawn off and Swedish TV personality John Taylor recently claimed it was being worn as a necklace.

Ibrahimovic has scored four times in 10 appearances since rejoining Milan.