Solar Twitter mentions lead with new solar technologies. The implementation of various solar projects across the world were popular topics of discussions during the month. Solar panels that can generate power during the night, a liquid that can absorb and store sunlight, rooftop solar installations, and floating solar panels were some of the topics discussed under the term. China, India, Japan, and Germany are developing and investing in solar projects. For example, China, installs solar panels equivalent to the size of a football pitch every hour of every day. This was tweeted by Mike Hudema, a climate change campaigner. Even businesses, schools, and religious places are installing solar panels to generate electricity.

Interesting solar technologies trending during the month were the development of solar panels that can generate electricity during the night. The solar panels are equipped with a device that converts the motion generated by raindrops into energy. The technology can revolutionise the solar industry, whose main drawback is the inability to generate electricity round the clock.

The most mentioned terms in discussions related to solar were energy, climate, wind, renewables, and power.

China installs enough #solar to cover a football pitch once an hour every single day. Let’s catch up. 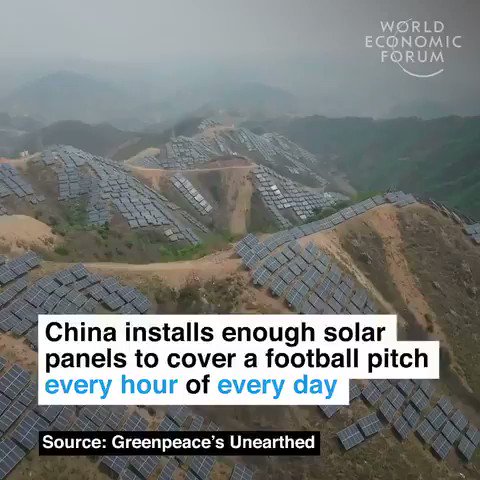 219 people are talking about this

The need to invest in renewable energy to tackle climate change were some of the most popular discussions on Twitter. Approximately 95% of technology to implement wind, solar and water-based renewable projects is available, tweeted Mark Z. Jacobson, a professor at Stanford University. The influencer noted that electrifying using renewable energy sources will reduce demand by 57%.

Solar emerged as the most mentioned term in discussions related to renewables. It was followed by climate change, clean energy, energy transition, and sustainability.

Showing the world how to do it, New Zealand:
-Will judge new policies on how they affect emissions
-Banned new offshore oil & gas
-Committed to: Net-zero emissions by 2050; 100% renewables by 2035; 1 billion new trees by 2028; Investing $14.5 billion into clean mobility#COP25 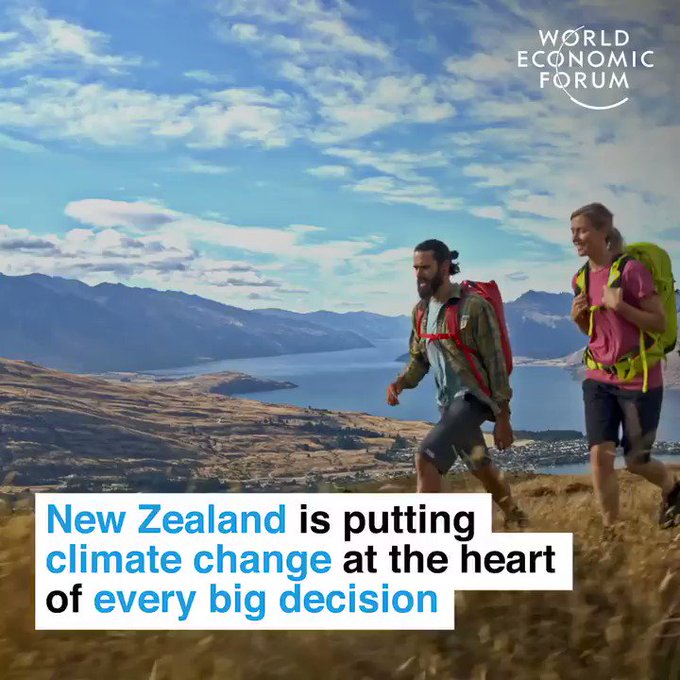 77 people are talking about this

The need to completely phase out coal usage was a trending discussion on Twitter. Several financial institutions are recognising the need to phase out coal to reduce carbon emissions. Goldman Sachs became the first international bank to rule out financing for oil and gas drilling as well as new thermal coal mines and coal-fired power projects tweeted Bill McKibben, an environmentalist.

Other institutions that have implemented similar plans are UniCredit, Royal Bank of Scotland, and Barclays. In Africa, the Bargny coal plant in Senegal was cancelled. This after years of opposition and campaigning by locals to invest in renewables. Despite the positive developments the International Energy Agency forecasted that global coal consumption will grow until 2024 tweeted journalist Amy Harder.

The most mentioned terms in discussions related to coal were climate, climate change, gas, solar, and renewables.

Wow! Wow! Goldman Sachs becomes first big American bank to rule out financing Arctic drilling, and also coal. That leaves a lot to do, but it’s a big start–such thanks to all who have fought to make it happen!https://www.sierraclub.org/press-releases/2019/12/goldman-sachs-leads-among-us-banks-commitment-not-fund-arctic-drilling …

Today, multinational investment bank Goldman Sachs announced an updated energy policy that rules out financing for new oil drilling or exploration in the Arctic, including the Arctic National…

2,297 people are talking about this

The replacement of coal by gas as the biggest contributor to carbon emissions and methane being one of these gases was a popular discussion during the month. Carbon emissions from coal decreased by 0.9% in 2019 but this decline was offset by a surge in emissions from oil and gas according to an article tweeted Mark Z. Jacobson.

Carbon emissions from gas increased by 3.5% in 2019 in the US compared to the previous year, which is attributed to the increase in natural gas production levels in the country, according to the article. The availability of cheap natural gas increased its adoption in place of coal but resulted in a higher percentage of carbon emissions. Influencers called for the need to disregard natural gas a bridge fuel for the transition towards renewable sources and phase out fossil fuels completely to address climate change.

Methane emerged as one of the biggest contributors to greenhouse emissions. This was according to an article tweeted by Jason Bordoff, a professor at Columbia University. The article elaborated on how methane, which is loosely regulated, was being released in high amounts across various oil and gas sites in the US. Bordoff called for the need for regulation of methane release and the use of the right monitoring and equipment to curtail emissions.

Yet, some misinformed people still think gas is a “bridge fuel” when it causes more global warming per unit energy than coalhttps://web.stanford.edu/group/efmh/jacobson/Articles/I/NatGasVsWWS&coal.pdf …@EENewsUpdates @howarth_cornell @joshfoxfilm

Greenhouse gas emissions from natural gas use now exceed coal emissions in the United States and Europe. And while coal and oil still emit more globally, gas is now the primary driver of emissions…

172 people are talking about this

The advantages offered by wind energy and its increasing share in the renewable energy mix were popular topics discussed during the month. Wind energy contributes to 6% of the world’s electricity demand with floating wind farms accounting for two-thirds of global capacity, according to an article tweeted by Mark Z. Jacobson. In the UK, wind energy generated 44% of electricity in a day creating a new record.

Wind energy is being recognised for its stability, inexpensiveness and capability in fighting climate change tweeted Mark Z. Jacobson. This is because utility executives are able to predict wind patterns, and the transmission systems are able to handle the intermittency of the renewable source.

The most mentioned term in discussions related to wind were solar, energy, renewables, climate, and offshore wind.

#Wind energy serves 6% of the world’s electricity demand#Renewable energy today employs twice as many people as the oil and gas industry.https://www.evwind.es/2019/12/08/wind-energy-already-serves-6-of-the-worlds-electricity-demand/72307 …

54 people are talking about this
Advertisements